On August 2, Microsoft began its rollout of the Windows 10 Anniversary Update for PCs, and at the same time, it released ISOs for the update, build 14393. Since then, the company has been rolling out the first builds from its Redstone 2 (RS2) Development Branch, but no ISOs have been made available.. until now.

Today, Microsoft pushed Windows 10 Insider Preview build 14931 to the Slow ring, its first RS2 build to make its way beyond the Fast ring. Coinciding with that release, it's also made new ISOs available for build 14931, in five flavors:

Those on the Windows Insider Program can download the new ISOs from here. The build 14393 ISOs for the non-preview Anniversary Update release remain available to download too.

There's more good news as well: Microsoft will also be releasing a new SDK for build 14931 'shortly', along with a new Windows 10 Insider Preview for IoT devices.

Good news to all Windows insiders who have been evaluating Windows 10. Microsoft has released Windows 10 build 10074 officially and is available now. The new build comes with plenty of improvements and fixes.

Although existing Windows 10 users can upgrade to build 10074 via Windows Update, for those who prefer to perform clean install, Microsoft has made available ISO images as well. As you likely know, Microsoft did not release ISO images for the last few builds. 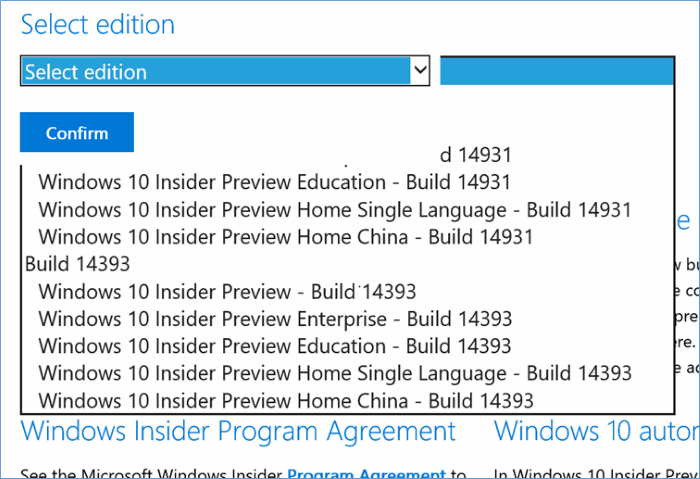 Windows 10 build 10074 has plenty of UI improvements and is noticeably stable compared to previous builds.

One major UI change in this build is that Microsoft has almost dropped the classic Personalization window. When you right-click on desktop and click Personalize window, you’ll be taken to the Personalization section of Settings app which now includes all the personalization settings and options.

As you likely know, Windows 10 RTM is expected by the end of July or August. Once the RTM is released, Windows 7 and Windows 8/8.1 users will be able to upgrade to Windows 10 for free of cost.