To be blunt, Star Wars: Galactic Battlegrounds is basically Age of Kings with Star Wars units. You have the option of playing as one of six factions from the movies: the Rebel Alliance, the Galactic Empire, the Wookies, the Gungans, the Trade Federation, or the citizens of Naboo, each of which comes with its own set of buildings and units akin to Age of King’s civilizations. In fact almost everything in this game is akin to Age of Empires II, from the interface, resources, main menu, gameplay and research model, which isn’t necessarily a terrible thing.

Building up feels the same as well, though of course you first have to learn what each particular building is for. You spend a good five to ten minutes hyper-organizing the orderly, continuous influx of four resources—food, carbon (wood), bright green nova crystals (gold), and purple ore (stone). Food is still the mainstay. You hunt and fish and build farms exactly as you did in the parent game, all by hand (Gungans and Wookies apparently have similar diets).

You eventually produce Jedi Masters in the same humble fashion. Among the additions are structures called power cores, which function a bit like Protoss pylons. Without one nearby, most of your structures perform at 25% efficiency. You can also make shield generators that protect any structures and units within its nimbus; the Gungans enjoy the benefit of a mobile generator like that in Episode I, although the one in the game is carried on the back of a skittish dinosaur that will frequently move out of position unless ordered to stand ground.

Star Wars fans who have never played Age of Kings will probably find the translated concepts of evolving “tech levels” and building a monument that will bring you instant victory if it stands for 200 days (yes, days—the Star Wars universe is fast-paced) more interesting and inventive than Age of Kings veterans will, though they may be puzzled by how fragile the air units are or by why so much of the terrain looks earthly and pastoral. The graphics are rather retro for a 2D Star Wars game, and the art doesn’t quite live up to Ensemble standards.

Sometimes the fusion of styles actually works. Imperial walkers look right at home cresting Kashyyk’s verdant hills and the pink bulbous Gungan structures and ornate cannons stand out as genuinely exotic (the Empire’s buildings, by contrast, are difficult to distinguish). The sound effects, especially the plethora of agonized metallic warblings, are all spot on.

But the balancing had to go into overdrive, and so all factions – even the Wookies – are able to train Jedi Knights and Masters. Like priests, these units fight and convert enemy units to your color, but they also seem to crumble just as fast as upgraded regular infantry, especially when confronted with their specially designed counterunit – the bounty hunter. And to my disappointment, their flickering lightsabers never even deflect bolts of incoming blaster fire. Air units are similarly less powerful than you might expect.

The AI doesn’t appear to have been imported intact. Unlike cavalry, the mounted troopers in Galactic Battlegrounds go after enemy buildings instead of units that are actually shooting them, and continue to vandalize while they’re being repeatedly hacked and shot, even when set to “aggressive.” This can be very annoying. 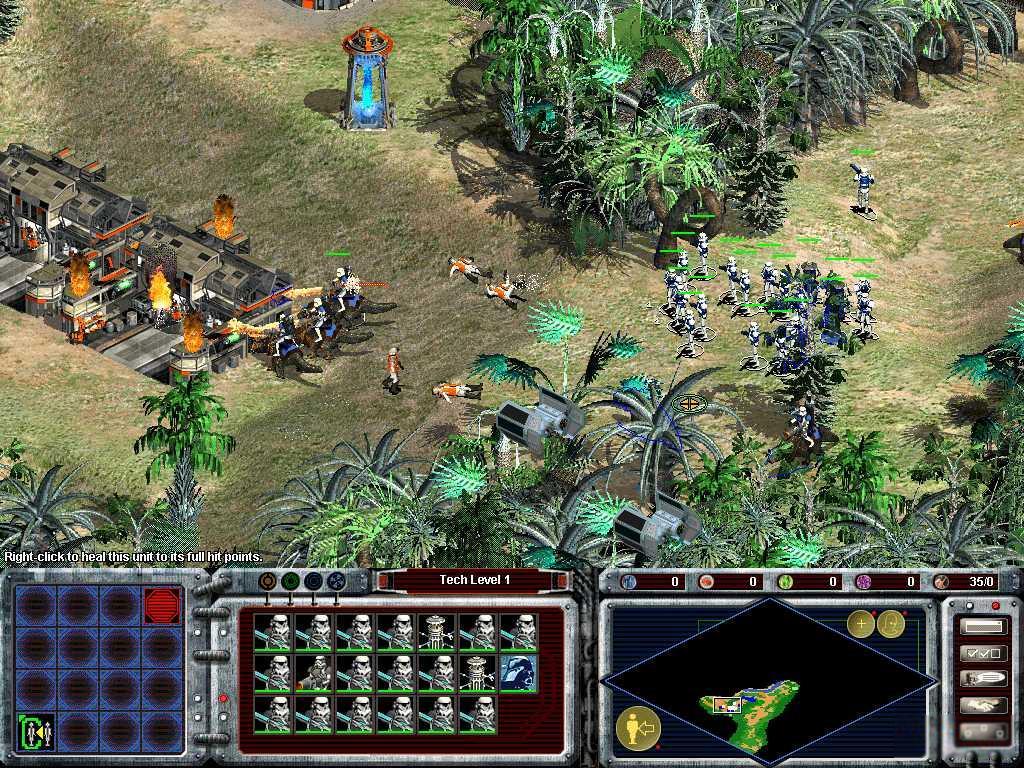 The single-player campaigns are pretty standard quest/maze/time-limit stuff mixed in with traditional production missions, but some are fairly challenging and they cover a broad range of Star Wars events, from a Gungan civil war to helping Han Solo and Chewbacca fight their way off the embattled Wookie home world following the destruction of the second Death Star. In one you also have the privilege of controlling Darth Vader right after the Battle of Yavin. His lines are amusingly cranky.

There are flickers of life in Galactic Battlegrounds that suggest the designers may have been on the right track. And even with the occasionally quirky design, there is a good deal of Star Wars and RTS mayhem for all of you Age of Kings aficionados to have fun with. 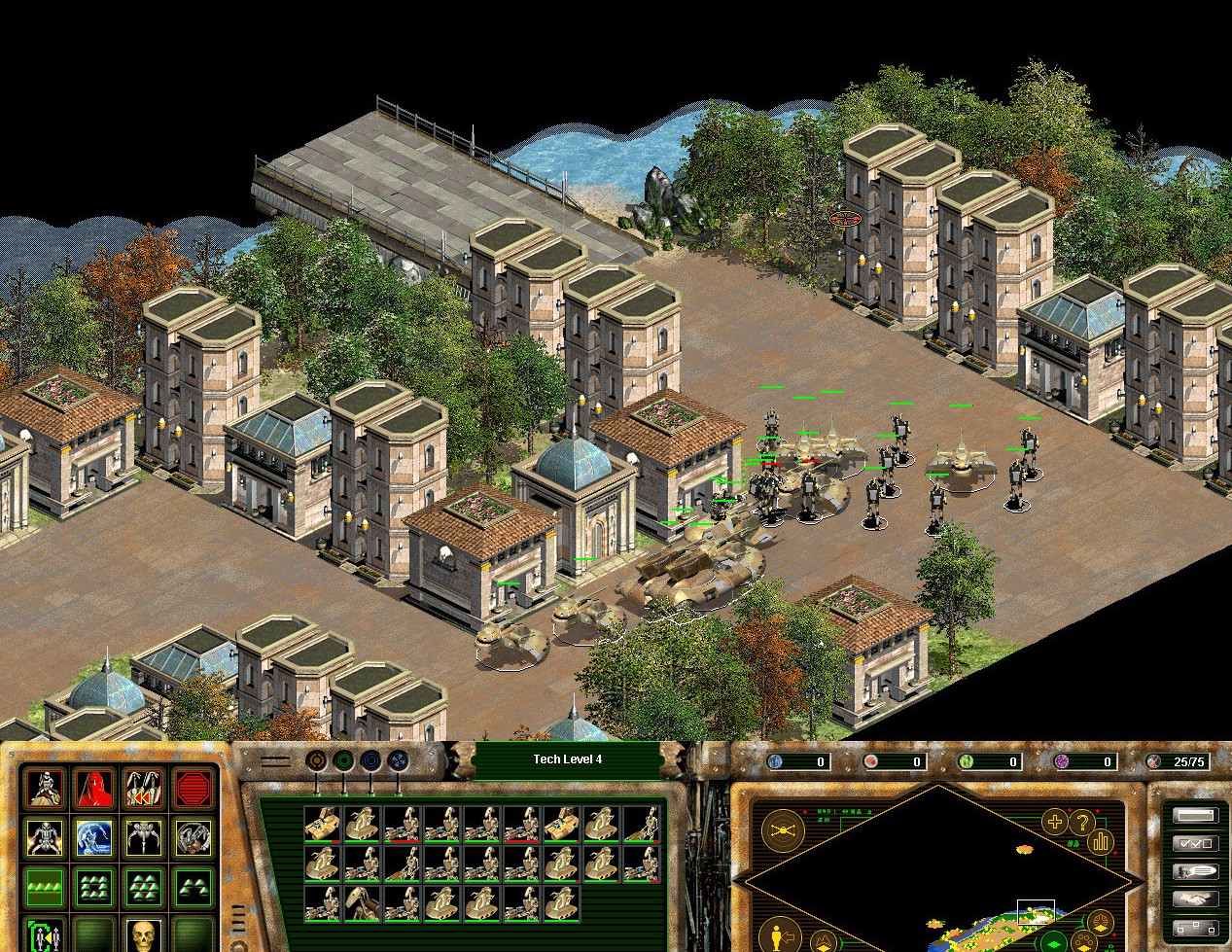